We utilize E-stim in many different waveforms to increase strength, increase self-awareness, decrease spasticity. Two of these modalities we utilize at Revive as electrical stimulation of the brain are somatosensory evoked potential (SSEP) and the ReBuilder.

What Is Electrical Stimulation Therapy

Electrical stimulation therapy involves using mild electrical impulses to directly affect specific nerves, muscles, parts of the brain stem, and cortical regions of the brain. These electrical impulses are non-invasive and their uses are widespread in neurological and neuromuscular rehabilitation. Here at Revive, we utilize multiple different methods of e-stim to produce tremendous results for our patients.

In order for us to be able to move, speak, see, and function in our everyday lives, muscular activity is needed. Our body’s control center, the brain, sends electrical impulses via the nervous system to the respective muscles. So, it is completely natural for our body to trigger muscular activity using electrical impulses. Here, the nerve pathways serve as carriers of the electrical signals, eventually ending in the motor nerves that help move appropriate muscles. After a stroke or TBI, this communication is often significantly diminished, resulting in lack of motor control, spasticity, dysmetria, and other movement deficits.

The two main types of e-stim featured at Revive are Somatosensory Evoked Potential (SSEP) and the ReBuilder.

SSEP utilizes a non-invasive electrical current that, when applied directly to certain nerves in the face and body, can stimulate and upregulate areas of the brain affected by traumatic brain injury, stroke, neuropathy, or neurodegenerative disease. Based on each patient’s extensive diagnostic testing, Revive’s doctors create a treatment plan that targets the exact nerves that will activate the lobes and systems in the brain affected by the patient’s condition. Some cranial nerves that are often stimulated by SSEP are the hypoglossal nerve (Cranial Nerve XII) and the trigeminal nerve (Cranial Nerve V) for neurological conditions.

For many of our stroke and TBI patients learning to walk again, we utilize our gait protocol. Our gait protocol stimulates the saphenous nerve and tibial nerve in various places in the leg(s) affected by the stroke, priming the neural pathways with electrical stimulation in order to increase communication to and from the brain, optimizing our patients’ ability to re-develop these damaged neural pathways. 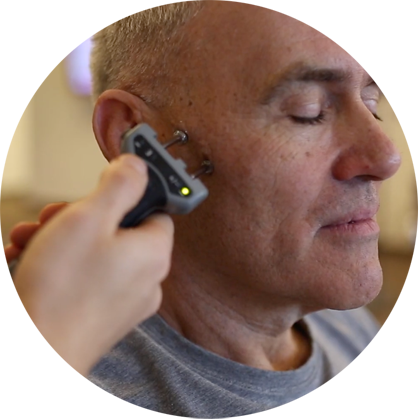 We utilize the state-of-the-art Cadwell Sierra Summit system for our SSEP therapy at Revive. Its customizable interface allows for precision and yields optimal results for our patients receiving e-stim therapy during their neurological rehabilitation programs.

Through the computer software, we are able to create specific frequencies to mimic the patient’s actual nerve impulses. A trained clinician then places the two-pronged StimTroller Plus™ directly over the nerve to be stimulated. 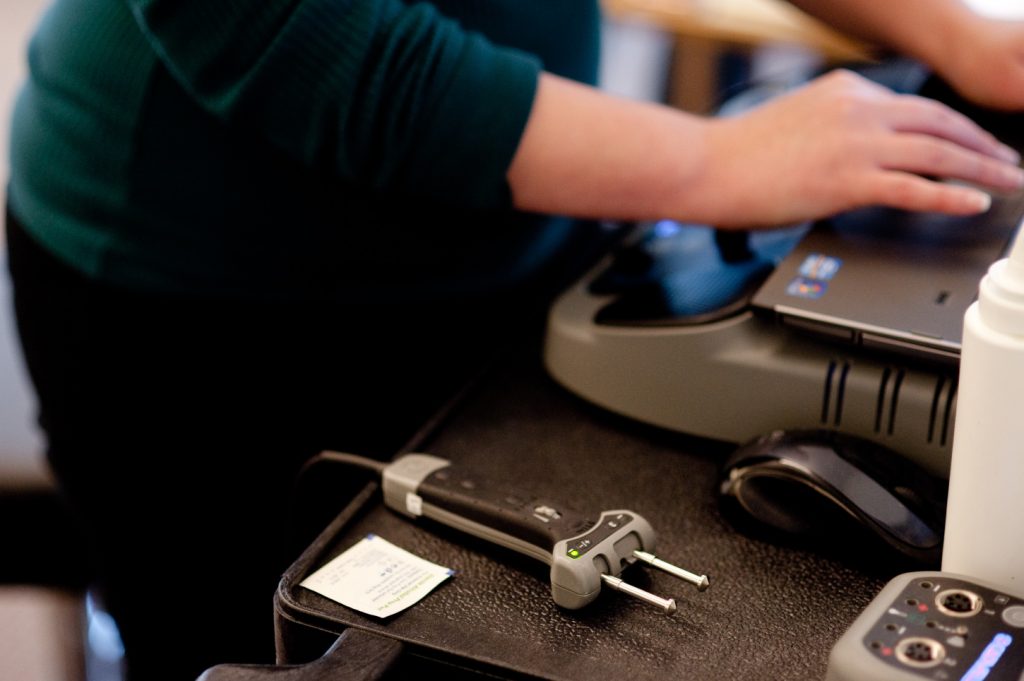 The ReBuilder is typically used on patients as a neurological intervention to help with cortical remapping. If the brain is unsure of where the feet are in space after a stroke or other biomechanical event, the Rebuilder can help strengthen those signaling pathways through electrical impulses. Additionally, vagal stimulation or gait protocols may be used for similar reasons.

When stimulating a patient’s lower extremities, we use water as a conductor for the ReBuilder. The patient places their feet in water with the electrodes, and for 20 minutes they allow the impulses to work on their nerves and circulation. We often will stimulate upper extremities when necessary, especially for those rehabilitating from a stroke. The ReBuilder electrodes can also be applied directly to the ear to stimulate the vagus nerve and enhance parasympathetic tone (rest and digest).

The ReBuilder® device utilizes a positive and negative electrode powered by the main unit. Both electrodes must be applied to the affected area, whether via adhesive pads or by placing electrodes in water.

The ReBuilder® rebuilds the nerves by using a patented waveform which automatically adjusts to each patient’s specific needs. It calms the nerves and increases blood flow to the affected areas which allows the nerve cells to heal.

We use e-stim therapeutically at Revive to help:

Where Can I Get E-Stim Therapy

Here at Revive in Denver, Colorado, we service patients from all over the world while they are here for treatment. We also provide e-stim services for our local communities in the front range of Colorado including greater Denver, Boulder, Aspen, and Vail. Contact us today to schedule your appointment.

Conditions That Benefit From E-Stim Therapy

Effects of functional electrical stimulation on gait in people with multiple sclerosis – A systematic review.

Management of the symptoms of multiple sclerosis using functional electrical stimulation and exercise.

Effects of functional electrical stimulation on gait in people with multiple sclerosis – A systematic review.

Out of network for insurance coverage?
No problem.

Out of network for insurance coverage? No problem.

Our passion is helping those with brain injuries restore quality of life, so we are happy to accept CareCredit, which allows many of our patients to take advantage of a no-interest payment plan.

Our passion is helping those with brain injuries restore quality of life, so we are happy to accept CareCredit, which allows many of our patients to take advantage of a no-interest payment plan.

Back to our technologies